INTHYFLESH : Crawl Beneath Our Shadow 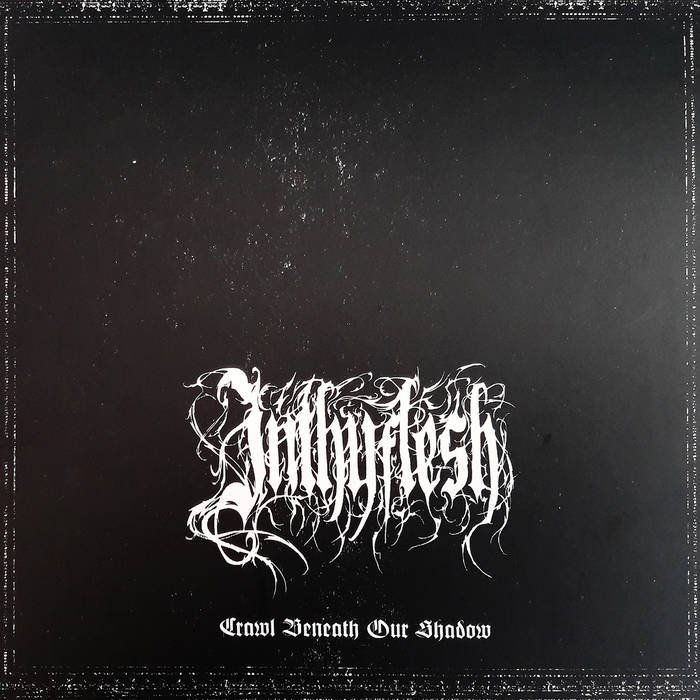 The early 2000s witnessed an ongoing surge of new blood in the Portuguese Black Metal scene. An Underground cluster of entities imprinted its impending claws on releases that, to this day, remain as impactful indicators of a singular time and an influence and inspiration to newer acts throughout the last two decades. One of the most revered and respected outputs from this dark past is Inthyflesh’s debut full-length, “Crawl Beneath Our Shadow”.
Following a string of demo tapes and live concerts, dating back to the year 2000, the group withdrew to the SATHR Studios in the spring of 2004 to record the set of tracks that became the aforementioned album. Inthyflesh thus glowed with an evolving charismatic sound and vision, a strong evolution from the previous efforts into a fierce, entrancing and vicious compound of Black Metal artistry.
From the first strokes of opening “Worship Darkness Rising”, the group astonished with the carving arrangements filled with hunger and craving darkness in the flesh and soul.Utterly poignant, the music is varied yet never feeling reckless. All the elements bear its due place on an exercise of striking songwriting, from the spiteful riffs overflowing with belligerence and ghastly melody to the commanding rhythmic section. Pulsing and tasteful, bass and drums provide a feel and aesthetic to the overall record flowing directly into the listener’s core. Fronting the arrangements, words are expressed on a blistering performance carrying the angst, the passion and torment that assembled the very core of “Crawl Beneath Our Shadow”. In addition to all this there’s yet the Portuguese Black Metal background of the time making its appearance throughout the work, whose presence is emblematic of the meaningful status of Inthyflesh’s debut full-length and a portrait of the periods’ scenery and inner core.
16 years after its original release on CD under the black mark of the esteemed Goatowarex, this unholy opus sees a much deserved and highly anticipated Vinyl LP and digipack CD edition via the unique and legendary Drakkar Productions.

Bandcamp Daily  your guide to the world of Bandcamp

MF DOOM is given his flowers, plus appearances from MC Jada Imani and Stanley Ipkuss